Kevin had the brilliant idea to climb in Spain for 5 weeks starting in November. Since he works 9-5 East Coast time in the US, we climb during the day in Spain and he starts work mid-afternoon. Day climbing and good temps? Sold! We began our Spanish climbing trip in Siurana, since we had vaguely heard the name before. We went to Siurana without expectations, but the climbing in both Siurana, Montsant, and Margalef blew us away.  We meant to climb in the Siurana area for two weeks but quickly realized we’d like to climb there for three! Ultimately we changed our flight so that we could stay in Europe for the full three months allowed by our tourist visa. 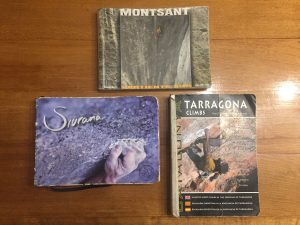 We stayed in the town Cornudella de Montsant, since it provides a good base for climbing in Siurana, Montsant, and even the occasional trip to Margalef. Our trip got off to a rocky start (ha) when we couldn’t find a place to eat between Barcelona and Siurana. We were starving, but since it was 5:00PM on a Sunday, all the grocery stores were closed and the restaurants only served drinks, not food! Out of desperation, we found ourselves…at Burger King. So much for embracing the Spanish culture! We stopped at the gas station in Cornudella de Montsant, which is open daily, and stocked up on groceries for the next day. We also checked out the climber bar Goma II, which was packed! Kevin spotted two pro climbers instantly. We came to the right spot!

As we checked into our guest house La Vileta, we realized we actually needed to speak Spanish! The friendly owner spoke Spanish very patiently, but she did not speak English. I’m glad I studied some Spanish before we began our trip! She pulled out three guidebooks and asked which would like to borrow. My response? “Todo!” We joke that our first two weeks in Spain counted as a delayed honeymoon, because La Vileta is super comfortable. We shared a large kitchen and living room with a few other people, but our private room had its own toilet, shower, and closet. Our fellow guests changed over time, but I liked getting to know our Austrian, French, and Belgian apartment mates!

Monstant, Siurana, and Margalef each have a distinct type of climbing. The endless cliffs of Montant overlook the town of Cornudella and lie within a national park called Park Natural de Serra Montsant. This park has several hermitages and hiking trails, and approaches to the climbs range from 40 minutes to an hour. The vertical walls feature pocketed, technical climbs. People climbing 6a-7a will be in heaven! Due to the long approaches, we only went to Montsant once, but our apartment mates really liked it and went multiple times. We climbed at the most popular area, Racco de Missa. Our rental car had a ROUGH time on the unpaved road to Raco de Misaa, and we weren’t sure the car would make it out! I recommend parking before the road gets rough and walking the remainder of the road to the approach trail. The 40 minute hike is long, but the views from the cliff are beautiful. The route Rata Arraconada made my day with pumpy pocket pulling.

Margalef, on the east side of the Montsant park, has overhanging pocketed cliffs. We only made it to Margalef one day, since the winding 45 minute drive made us car sick! We climbed at Can Torxa, but I later learned that Raco de Espadelles and Raco de Finestra are the two major crags. Can Torxa has an excellent juggy 11d (7a) called Chachi qui Chapi,  but the rest of the sector had more slabs than I wanted. Perhaps we will stay in Margalef on our next Spanish trip! We met some people who split their time equally between Margalef and Siurana.

Of the three areas, Siurana most inspired us. Siurana contains varied, technical climbing with crimps, side pulls, cracks, and a lot of fun movement. We liked the following areas: El Pati, L’Herbolari, Espero Primavera, Siuranella East and Center (Center can be very windy), Grau de Massets a Baix, Grau de Massets Esquerra, and L’Arapador. Some people like El Cargol for two pitch sport. There are a lot of crags we never made it to! Our friends liked Can Marges for 6a, 6b, 6c climbs. The only thing I didn’t like about Siurana climbs is their tendency to slab out at the top. Why ruin a good route with a slab finish? Probably my favorite route is one that most scared me: Remena Nena 12a (7a+) at Espero Primavera. Delicate crimp climbing leads to a cruxy crimp section and then a powerful liebacking section. I actually made it through the crux on my second try, but I blew it one bolt below the anchors. Heartbreaking! We said we’d go back to do it again, but we became distracted by all the other routes in the canyon…I also really liked Sac de Gemecs 11d (7a), L’home de Txapo 11d (7a), and ¡Ay mamita! 11c/d (7a), and Tikis Mikis 11d (7a).

Eventually it became cold in Siurana, and we felt we should move on to see other climbing areas in Spain. It snowed one morning and hailed the next day. Time to move South to Costa Blanca!

The bakery on the mainstreet in Cornudella is a popular place for WiFi and coffee, and they have the guidebooks to peruse. The gear shop Goma II sells guidebooks, and its neighboring restaurant serves beer and tapas. Cornudella has several small shops with food and one butcher. The grocery store L’Obaga sells the freshest veggies, as well as peanut butter! Stores close for siesta, but they open at around 6pm. 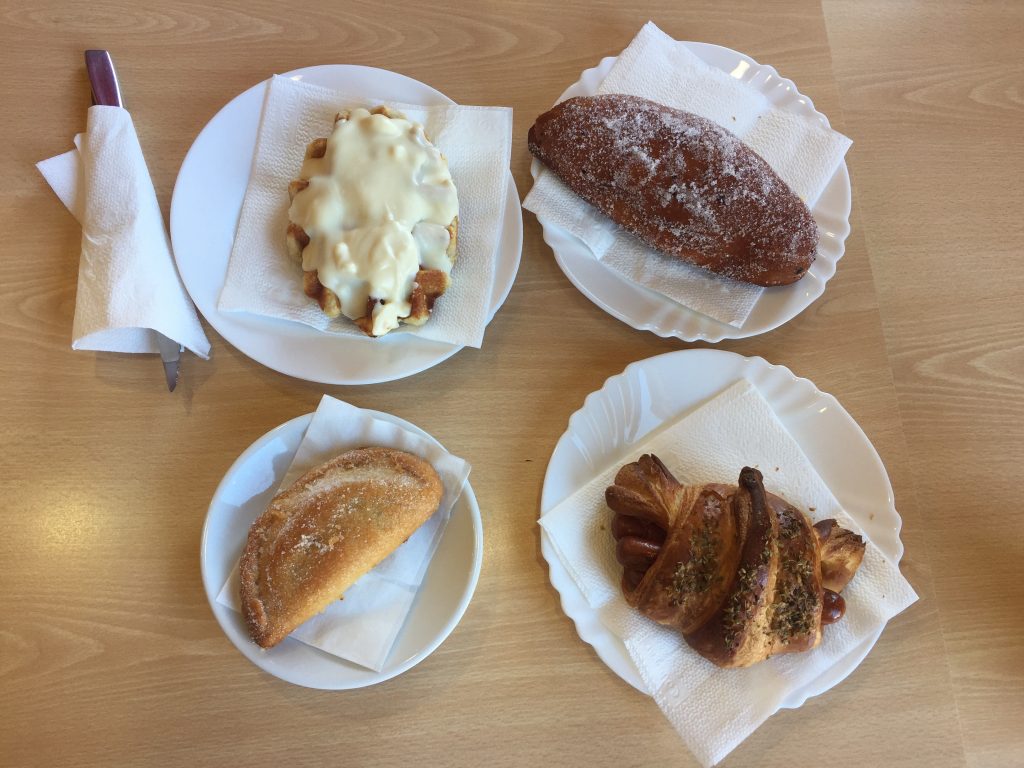 The hiking trails in Margalef and the Montsant Park make for a scenic rest day jaunt. The hermitages on Montsant date back to the 1500s and are surrounded by cyprus trees. We hiked from Cornudella to the Hermitage of St. Joan, passing olive and almond trees. You can also drive to the hermitage and park there if you plan to climb on the cliffs above it.
The village of Siurana, at the top of the canyon, is also a beautiful place to stroll around if you end your climbing day early. The village once had a castle, but Filipe IV ordered its destruction after a Catalan rebellion. You can still climb the ruins of the castle for some 5.5 solo fun! The village parking lot charges 2 euros for parking on the weekends.

A 70 meter rope will get you down most climbs, but an 80 meter rope is best in Spain! We did not need a stick clip to start any of the routes we climbed, but some sectors are known for hard starts.

For beta on hostels in and near Siurana, check out my post here! 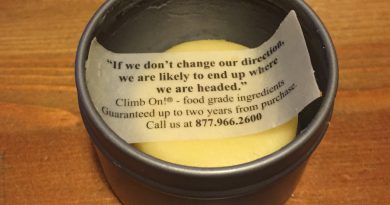 Chulilla’s Hostel and Other Beta 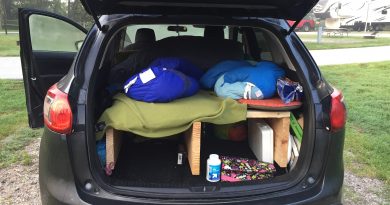